The 24/7 Data Quality Solution for Any CRM
Menu

Transformania Inc. is a Maryland-based B2B SaaS company whose CRM data quality solutions continuously update and maintain the health of your CRM, resulting in better marketing campaign performance and ROI, regardless of what CRM or email campaign software you use. 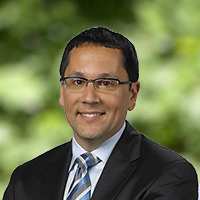 Matt Siegal is a lifelong entrepreneur who has served on the management teams of public and private companies. He currently serves on the board of Curbio Inc., a venture-funded property technology company that he co-founded in 2017 and which performs pre-sale home renovations in two dozen markets from coast-to-coast. In 2008, Matt launched a nutritional products manufacturing and retailing company which operated ten retail locations in the U.S. and Canada and sold its Dr. Siegal’s® brand products through 12,000+ retailers. He served as CEO until he sold the company in 2016. While a student, Matt co-founded two software companies that were subsequently acquired by Vocus Inc., a NASDAQ-listed SaaS pioneer that was acquired by a private equity firm in 2014. In addition to his business ventures, Matt is chairman of Matthew Siegal Goodworx Foundation, a 501(c)(3) charitable organization.
Linkedin

The 24/7 Data Quality Solution for Any CRM

Transformania Inc. is a venture-backed technology company based in the United States