The 24/7 Data Quality Solution for Any CRM
Menu

“Since 1992, the Elton John AIDS Foundation has been at the vanguard of organizations that provide funding for AIDS treatment, care and awareness, and the promoting of human rights for people living with HIV throughout the world,” said Matt Siegal. “While much progress has been made to eradicate AIDS in the 28 years since the Elton John AIDS Foundation was launched, the fight isn’t over. It’s gratifying to be able to support EJAF’s continuing mission.”

The formal announcement of the donation was made by Matt Siegal on New Year’s Eve at the W Hotel in Washington, DC, before an audience of 200 invited guests at Siegal’s launch party for his latest tech venture, Transformania LLC (www.transformania.com).

For more information, contact the Matthew Siegal Goodworx Foundation at (888) 743-4259.

ABOUT MATTHEW SIEGAL
Matthew Siegal has served on the management teams of privately held and publicly traded companies. While a student at the University of Maryland, he co-founded two software companies that were subsequently acquired by Vocus, Inc., a NASDAQ-traded SaaS pioneer. He served as President and CEO of Public Affairs Technologies, Inc. from 1992 to 2003, and on the management team of Vocus, Inc. from 2003 to 2008.

In 2008, Matt launched and served as CEO of Dr. Siegal’s Direct Nutritionals, an international nutrition products manufacturer and retailer which operated ten retail locations in the United States and Canada and sold its proprietary products through 12,000+ retailers including GNC, Sam’s Club, and Costco. He sold the company in 2016.

In 2017, Matt co-founded Curbio Inc., a venture-backed, hypergrowth property technology company that is rapidly expanding throughout the United States and expects to be ranked among the top ten U.S. home renovation companies by revenue in 2021.

Matt is often in the news. His business ventures have been profiled in feature stories by more than 100 major media outlets including Washington Post, The New York Times, Good Morning America, Investor’s Business Daily, Wall Street Journal, and Forbes.

ABOUT ELTON JOHN AIDS FOUNDATION
The Elton John AIDS Foundation was established in 1992 and is one of the leading independent AIDS organizations in the world. The Foundation’s mission is simple: an AIDS free future. We are committed to no more discrimination. No more HIV infections. No more AIDS death. No matter who or where you are.

The Foundation works at all levels to influence change. With the mobilization of our network of generous supporters and partners, we fund local experts in 23 countries to spread awareness, prevent infections and provide care and treatment for the most marginalized groups. We harness local knowledge and innovation and motivate governments to end AIDS. We will not stop until there is an AIDS-free future. 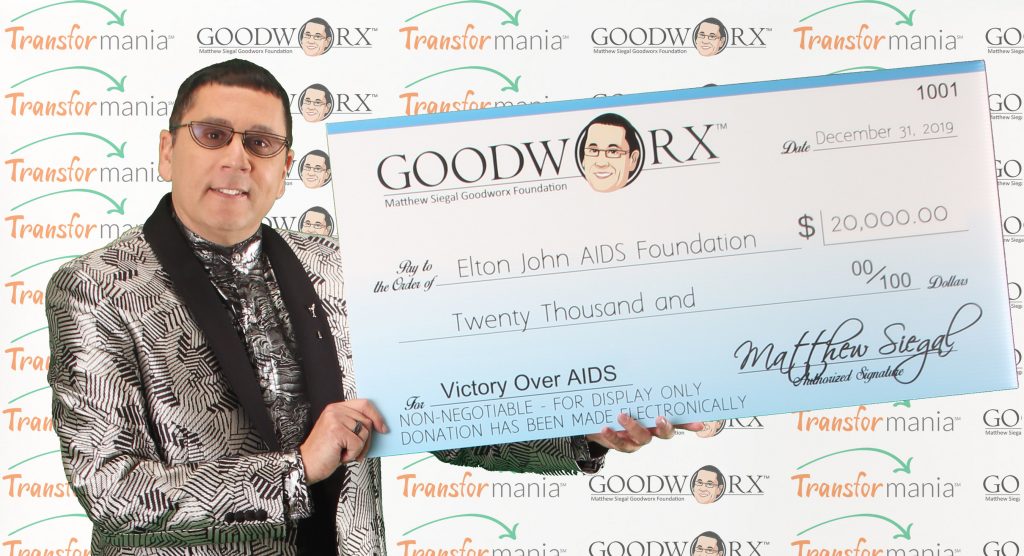 Transformania’s free CRM HealthCheck analysis identifies problems and opportunities for improvement in your CRM. It gives you valuable insight into the health of your CRM, and it provides examples of how Transformania can improve it, immediately and permanently.

The 24/7 Data Quality Solution for Any CRM

Transformania Inc. is a venture-backed technology company based in the United States